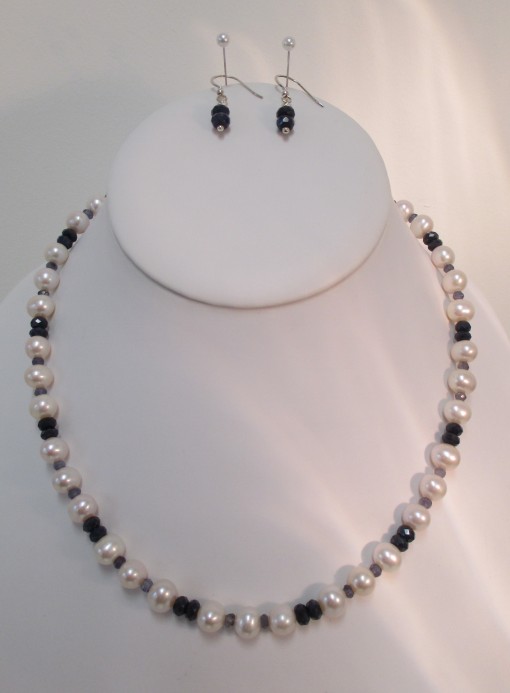 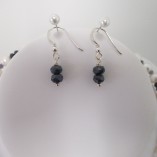 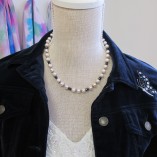 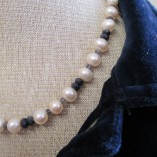 Now this is a pretty special necklace. I can’t really describe the gemstones between the pearls as “spacers” because that wouldn’t do them justice – we’re talking decent sized sapphires and iolite here!
The darker, larger rondelles are sapphires – a precious gemstone that should need no further introduction – while the smaller ones are iolite, Both gemstones are birthstones for September.
Apparently, my Viking anchestors used iolite for navigation on cloudy days. Its pleochroism – the way it shows different colours when viewed in different directions – meant it acted as a polarizing filter, allowing seafarers to determine the position of the sun.
Clever people, those Vikings!

One of my real favourites, this necklace measures in at just under 18ins (45cm).

There are no reviews yet.

Be the first to review “Sapphire, Iolite and Pearls Set or Necklace‏” Cancel reply