Liquorice and All Sorts; Black Gemstones 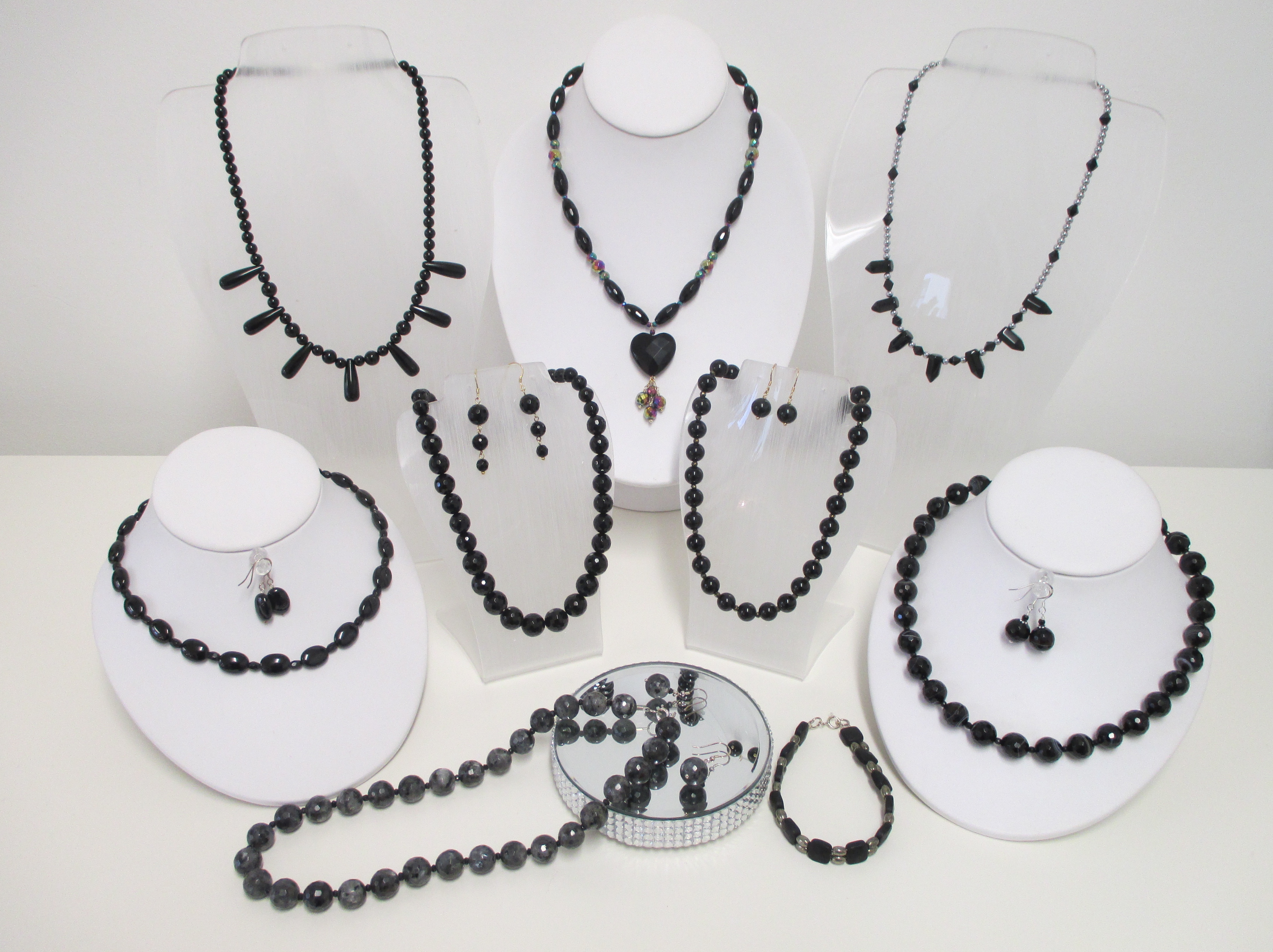 OK, so none of the stones in this collection are edible, but I couldn’t name it after one gemstone as it contains quite a few different ones. And, like my gemstones, liquorice is natural…and very popular in Scandinavia, where there are several sweet AND salty varieties. I even “import” liquorice-flavoured cough medicine from Norway because it’s the only type I can stomach! And talking of liquorice, I’ll just mention that the lovely smooth ovals in the tourmaline set reminds me of some sweets I usually buy when I’m over in Norway – “halslinser”.

Joining tourmaline in this collection is jewellery made from gemstones, including black agate, obsidian, the highly sought-after spinel and last but not least, larvikite – which, like me, has found its way across the North Sea because it’s Norway’s national stone.Also known as Norwegian pearl granite, larvikite, which hails from the seaside town of Larvik, south of Oslo, is from the feldspar family. Like its siblings labradorite and moonstone, it can show flashes of blue sheen (schiller).